How are child car seats tested in Europe?

All child car seat models sold in Europe are smashed, crashed and bashed before they ever get to store shelves.

This car seat abuse is all for a good reason, though. The car seat models first have to be tested to ensure they are completely safe for children to use.

In order for a child car seat to be approved for sale, all essential components must be tested, including:

These components are individually tested for:

In addition to these individual component tests, the car seat as an entire unit must be put through dynamic collision tests with a crash test dummy (sometimes called a crash test doll for child car seat testing). These crash tests are performed at different speeds and from various directions.

There are several European institutes that carry out the necessary tests of child car seats that are to be sold in Europe. The car seat manufacturers can choose which institute they wish to use for testing. Some manufacturers also have their own laboratories where they test their car seat models themselves.

Once a car seat has passed the tests at the test institute and the results have been verified, the seat advances to the approval stage by an independent authority. After the approval is given, the seat is eligible for sale throughout Europe.

Read more: What are the rules for using a car seat for children?

In dynamic collision tests, the child car seats are tested with a crash test dummy. The seat and dummy are crashed in a controlled environment at a certain speed and a certain level of G-forces.

G-forces are the forces that push and pull you during high levels of acceleration and deceleration. If you ride a roller coaster, for example, and your body uncontrollably shifts to the left or right as you’re going around a curve, these are the G-forces affecting your body.

The forces that the car seats are tested for are defined in the current applicable safety standard. In Europe, this is either UNECE R44 or UNECE R129. UNECE R129 is the newer standard and UNECE R44 is currently being phased out as a standard for child car seats in Europe.

According to UNECE R129, the child car seat and the crash test dummy should be exposed to high forces in simulated frontal, rear and side vehicle collisions.

In addition to the dynamic collision tests, independent institutes also test the individual components of the car seats. It is mostly durability and functionality tests that are performed on the components. These tests are performed both before and after the seat has been through the dynamic collision tests to ensure that the entire safety system functions optimally, even if it has been used and subject to wear and tear prior to the dynamic tests.

As a manufacturer of safety components and a partner to car seat manufacturers worldwide, Holmbergs carries out a number of these individual component tests, both internally at our own testing laboratories, and at external test institutes. In our laboratories, we test buckles, ISOFIX anchors, adjusters, straps and the safety harness as a whole.

Many child car seat models undergo a number of consumer tests in addition to testing from the European test institutes and getting approval from independent authorities. These consumer tests are separate tests carried out by consumer organizations.

Allgemeiner Deutscher Automobil-Club (ADAC) is Europe’s largest automobile organization and conducts the most comprehensive testing of child car seats in Europe. In ADAC’s tests, car seats are exposed to higher speeds in simulated frontal, rear and side collisions than what is required at the various national test institutes.

The world’s most stringent test

Car seat manufacturers can also perform the voluntary Swedish Plus Test, which is carried out by the Swedish National Road and Transport Research Institute (VTI) in Linköping, Sweden.

This test is considered to be one of the world’s most stringent collision tests. All car seats that are approved in accordance with this test’s criteria have passed even more stringent requirements than those set by the national test institutes and any consumer organizations.

In the collision tests that are carried out as part of the Plus Test, the car seats are exposed to much higher forces than in any other tests. The forces exerted on the neck of the crash test dummy are also measured carefully. The limit values that are considered to be passing grades for this test are extremely low and the car seats are not approved if the child’s neck is likely to be exposed to a particularly bad strain during a collision.

There has been a lot of development in child car seat testing in recent years. Today, virtually no children die in traffic accidents in the Nordic countries. A major shift has also been the transition from UNECE R44, which is being phased out, to UNECE R129, which has become the new mandatory standard in Europe to which all new car seat models must be approved.

We believe that you can never test child car seats enough. That is why Holmbergs is proud to have all the individual parts we supply to car seat manufacturers tested regularly by all the applicable associations in addition to performing our own tests on a regular basis. Lives depend on it. 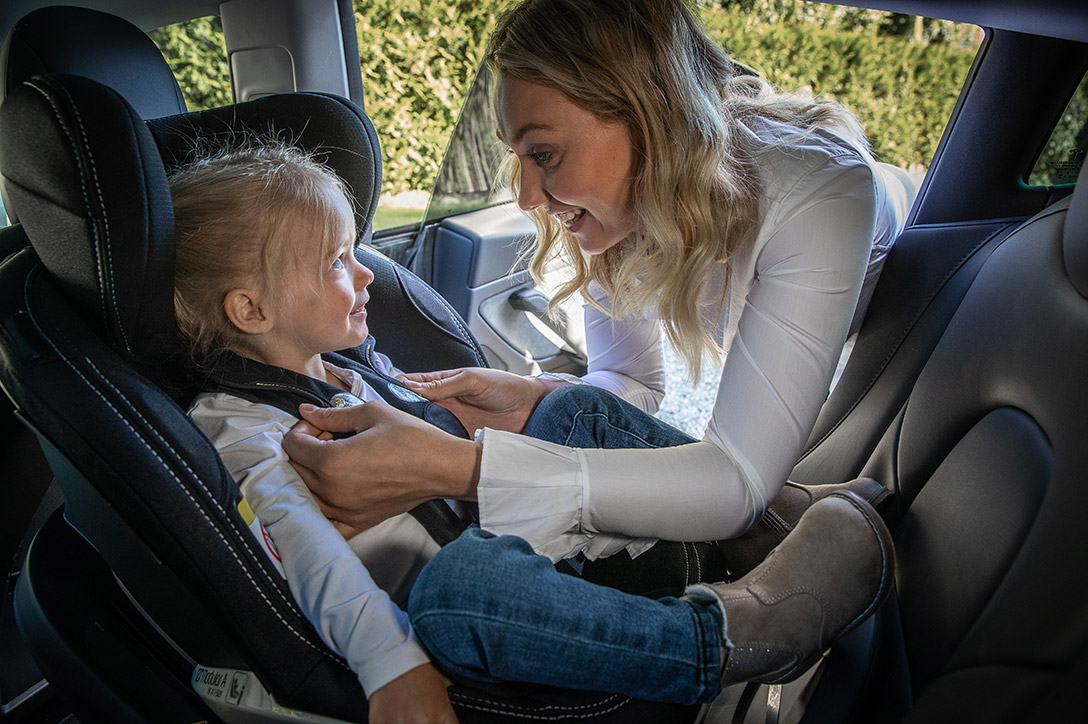 You could have the safest car seat in the world, but if your child isn’t ... 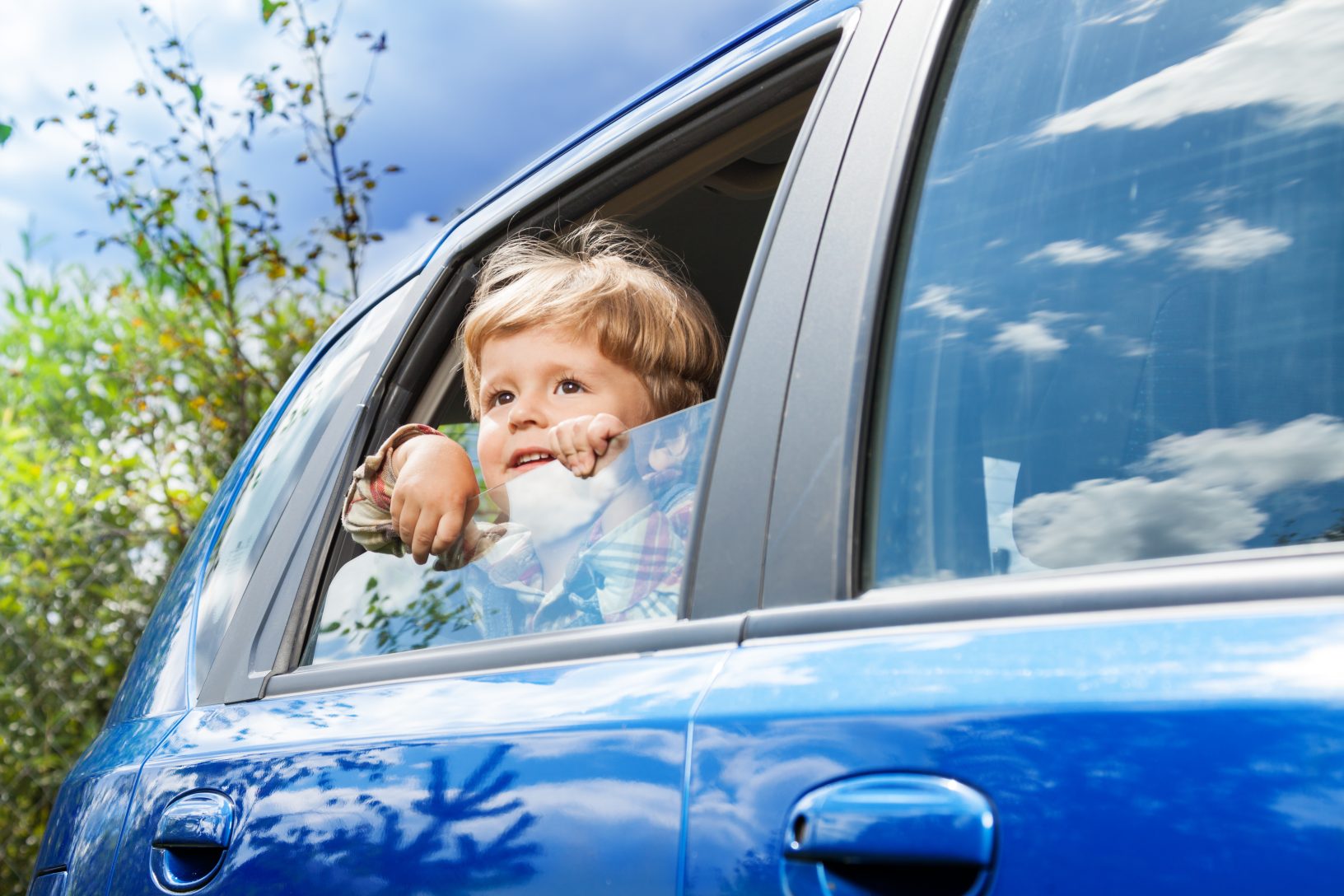